Sam G. was kind enough to point out that there really should be a Project Runway recap on this site. How could I forget? I used to the run the pool. I don't know about you, but after the long, long wait, I have found this season to be a little dull. Maybe it's because it's still early in the eliminations, but so far, all the designers are kind of boring. They got rid of the one who could have at least been entertaining in the first episode (more on the interesting Ari Fish later).

Where are the villains? Where are the super-talented? Where are the crazies?  What about kooky names? Using a "Q" for a hard K sound, or inserting an apostrophe doesn't count. At least the recovering meth addict should be a little more erratic, don't you think?

Should I blame it all on the move to Lifetime? Is relocating it to Los Angeles the problem? Or did I get tainted by the 90% crazy people cast in "The Fashion Show," which I include Izaac in the crazy list.

Maybe it will get better as there are fewer designers in the mix.  It feels like 16 is too many, I don't remember them ever having that many to begin with. As for Mitchell being eliminated? Honestly, did the guy ever finish one outfit on any of the episodes? No. I really don't think it was going to get any better. Maybe if he had managed to still win a challenge with an unfinished design, then things would be interesting. It would piss off all the other designers, Mitchell would act even more moronic and delusional, and catfights would ensue. But, that's not the case, and as with everything else so far this season, Mitchell falls short of true reality-show greatness. 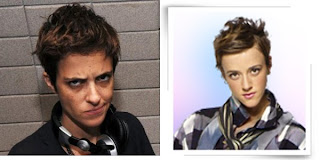 And lastly, MODELS OF THE RUNWAY.  I watched about 5 minutes of this show and thought it was REALLY boring.  I can understand that maybe they want to class it up a bit and not have it be as redonkulous as Top Model, but, it didn't improve my opinion of models being more than just decent clothes hangers. Should I give it another chance?  Let me know in the poll!