Barney's Warehouse Sale - Sorry, it's over

I know I'm supposed to update everyone on sales, but you probably already knew that the Barney's Warehouse Sale has come and gone.  The reason I neglected to report it because I am trying to boycott it now that it has changed venue to the LA Convention Center.  It was so great when it was in Santa Monica.  I could go on Day 1, the middle of the show, and then hit the last Friday before it ended. This would either happen on my way into work, during lunch or at the end of the day. Now it is a chore to get there, and parking is $12 instead of free!

But of course, the only reason to tell you about the sale after the fact is because I did not boycott it, and actually went there on the Monday holiday, the last day of the sale.  It was a way to avoid cleaning the house, but I did get quite a few other chores completed before treating myself.  I tried on a ton of stuff but was extremely brutal in terms of what I allowed myself to buy.  I forced myself to put back the ribcage sleeveless Rodarte shirt but did snatch up the Rodart leather jacket.  Bad news is that I did buy 2 pairs of shoes.  I was obsessed with the Proenza Schouler fall collection after spending too many hours this weekend watching The Day Before, a great show about various designers prepping for Fashion Week on Sundance Channel.  So when I saw those shoes, I crammed my feet in them and decided they met my level of pain tolerance.

I love my shoes and my jacket (I also love the cheaper shoes and pants I bought but they aren't as special). Plus, I was able to park at a meter across the street that still had 40 minutes in it.  Take that $12 parking! 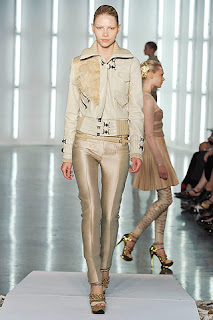 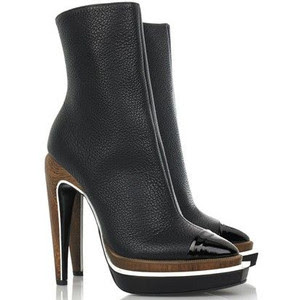